Release date: June 23, 2021 - Have you received a partial budget? Now you’ll know from what budget it came

Now when you share a portion of your budget with other company users, the budget title of the shared portion contains the overall budget name in parenthesis to help you distinguish between your own budgets to those that have been partially shared with you. This lets collaborators know from which overall budget the portion of budget data is being shared. 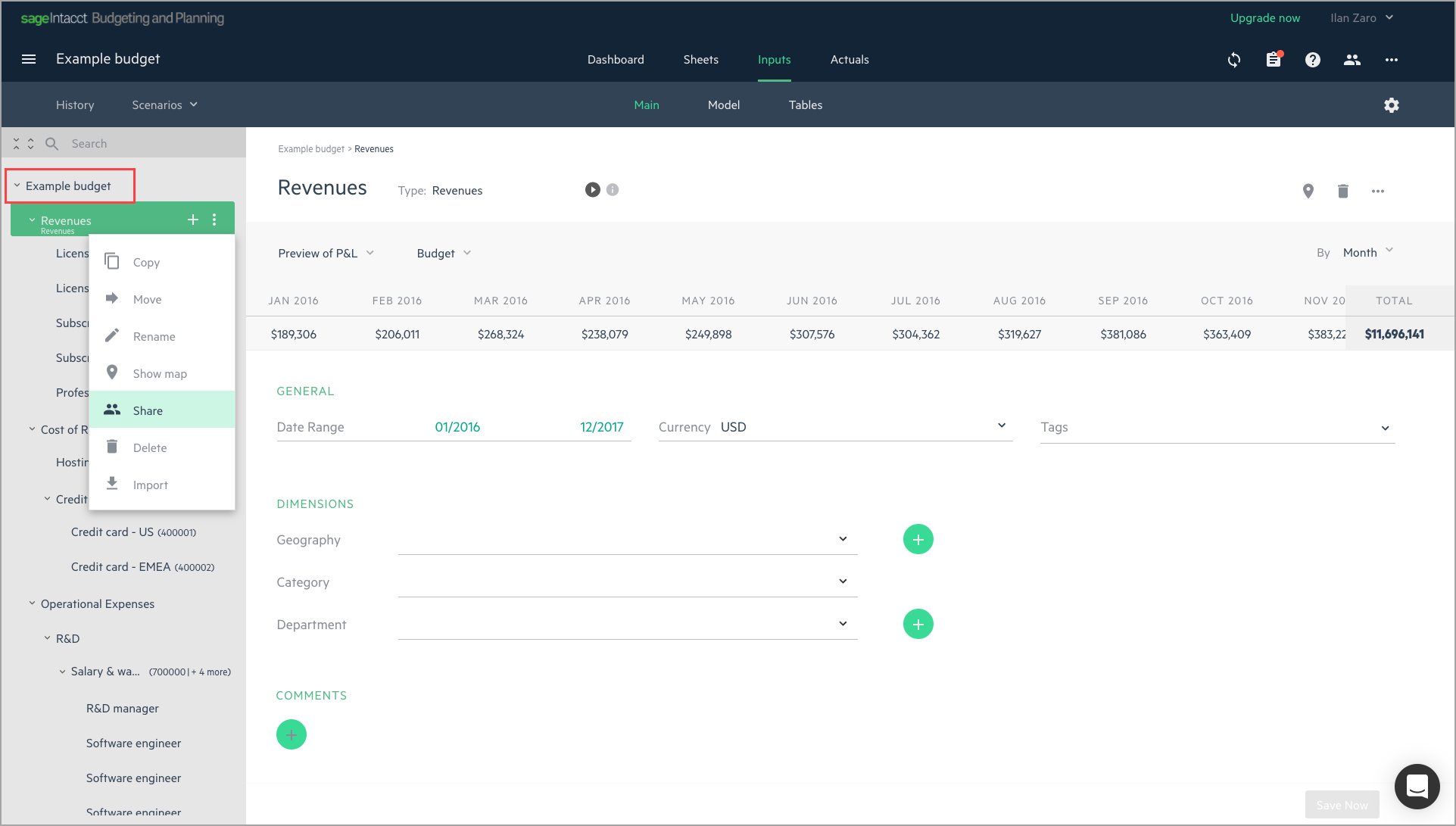 Once you define with whom you want to collaborate, an email invitation is sent to the defined user. When the user clicks the invitation link, the shared portion of the budget (Revenues) is displayed with the full budget name (Example budget) in parenthesis.